Our chick is now quite active; it's getting harder to take good photographs when candling at this stage in incubation because the embryo tends to swish around in the amniotic fluid.  If you've never seen it before, it's an exciting moment!

As the embryo grows, the yolk becomes flatter and the albumen, or white of the egg, separates so that there's one layer above the yolk and another below it.

If we could open the egg without harming the chick (which we can't) we'd see the embryo seeming to lie on top of the yolk, linked to it by some major blood vessels.

The incubated egg at day 9. 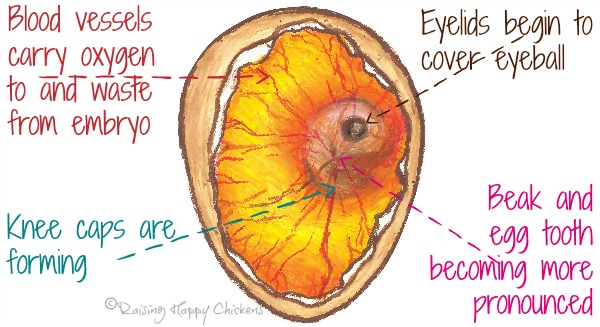 Carrying on from where we left off yesterday, the chick now has feather follicles at all the openings where down, and later the chick's adult feathers, will grow.

The top eyelid is starting to reach over the eyeball; the bottom one won't grow until tomorrow and they won't completely cover the eye until much later in incubation.

The egg tooth is growing bigger and the beak is now lengthening, hardening and splitting into two as the mouth opening appears.  Toes are beginning to appear as separate digits  - but they won't be fully formed until the claws are complete at around day 12. 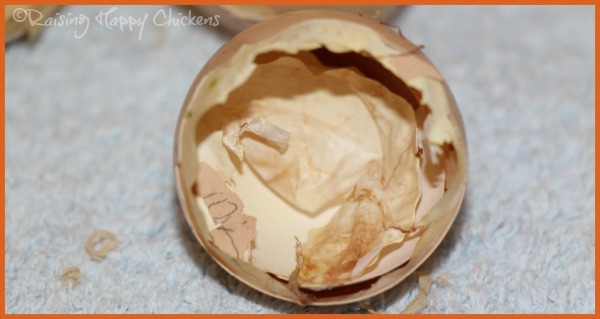 The detritus left in an eggshell after hatching includes the chorioallantoic membrane and the waste it has carried away from the embryo throughout incubation.

The chorioallantoic membrane, which began to form around day 6, is now about 80% complete.  The chick won't breathe on its own until just before hatching so at this stage in incubation it relies on this membrane's blood vessels to take carbon dioxide and urine away from the embryo and return oxygen to it.  The waste is left in the cavity and can be seen once the chick has hatched.

What can we see if we candle the egg at day 9?

Not sure what to look for when you're candling at day 9?  Take a look at this video of me candling eggs using Brinsea's high intensity candler, an iPhone and the candler plus ovascope.

At nine days old, our chick is moving round quite a bit and it's hard now to get good pictures when candling.

In this image the air cell is visible at the top of the egg and the embryo's eye can be seen lower down.

If you're having difficulty calculating whether there is development in an egg, the growth of the air cell is a good indicator.  We'll look at this again tomorrow (day 10). 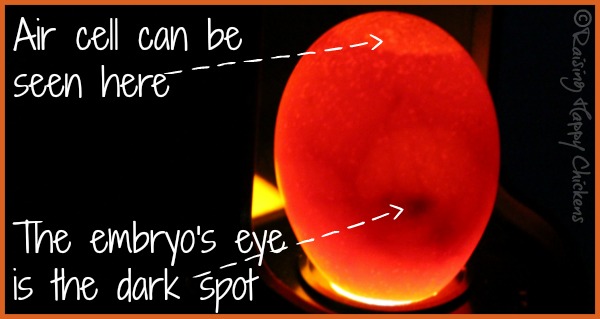 On the image below, you can just make out a second darker spot next to the first - this will be the embryo's second eye.

However, even with the image enhanced by increasing the saturation levels, not much is clear here.  The chick was having too good a time to want to pose today! 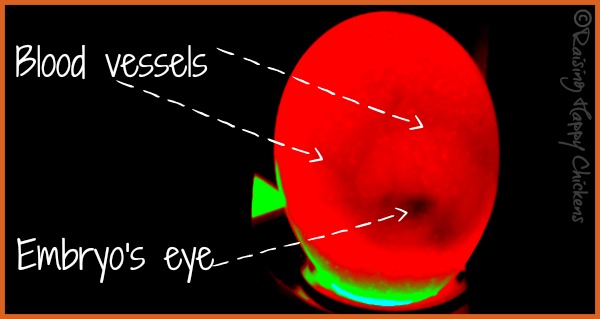 If you haven't already candled your eggs, or if you candled them at day 7 and there were some which you weren't sure were developing, we will be candling again tomorrow (day 10).

In preparation for this, if you haven't candled before have a look at my page about what candling is and how to go about doing it.  On that page you'll find details of how to candle if you don't have a shop-bought candler yet.

Apart from that - relax, have a cup of your favourite beverage and let your eggs do their work!

I've heard that dry incubation is more successful than wet.  Is that true?

There are certainly people who have had great success with dry incubation - incubation where no water is added to the incubator - although most of them are using styrofoam incubators.

I have never personally tried dry incubation and certainly with the Brinsea Mini Advance and Octagon 20 incubators, the manufacturer's advice is to maintain humidity using either the water containers in the incubators, or an external humidity pump.

My final reason for using a 'wet' incubating method is that Gail Damerow, in her book 'Hatching and Brooding Your Own Chicks' - my 'bible' when it comes to incubating - talks about dry hatching being possible only in locations which have a naturally very high humidity rate - which Italy does not.

Here's my featured baby chick to help keep our minds focused on the end result we're hoping for - a healthy, happy chick! 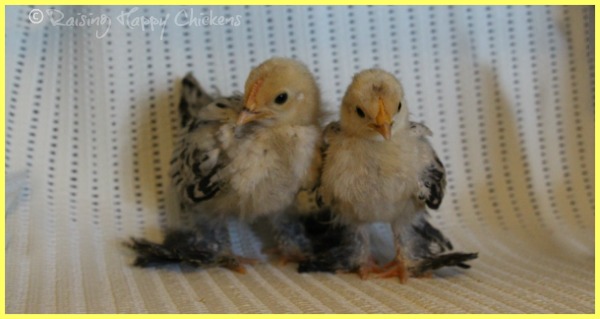 These are two three week old Lemon Millefleur Sablepoot chicks - see the distinctive feathering on their legs and feet even at this early age?  I was fairly convinced here that I had one male (on the left) and one female - and it turned out I was right! 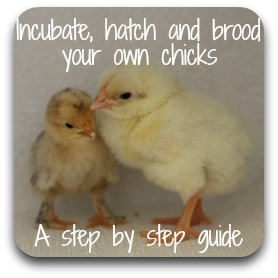