Which is the best feeder choice for baby chicks?

Chicks are messy and tend to kick their food all over the place. So which feeder will work best in your brooder for eliminating waste and saving money? 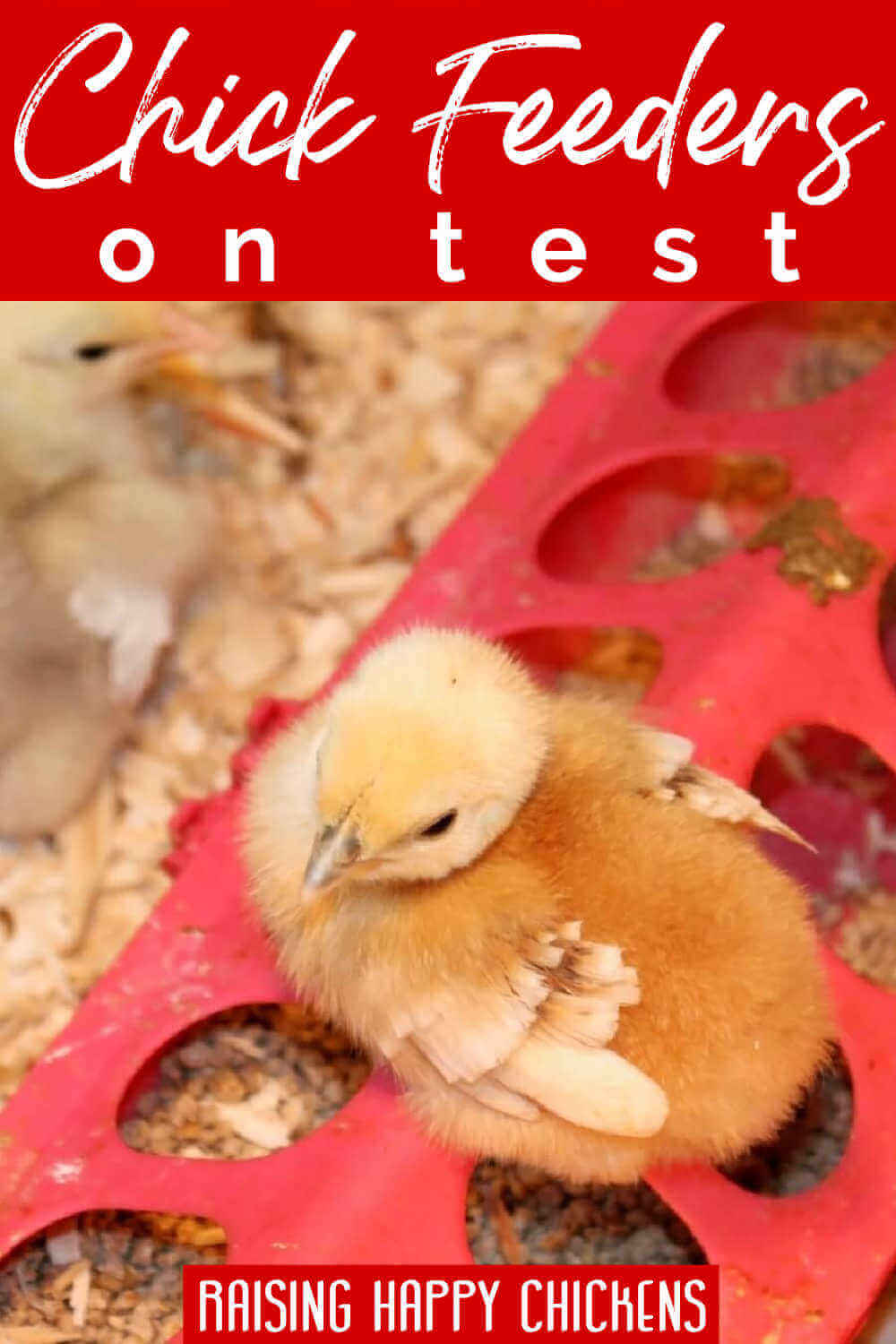 When first in the brooder, chicks are best left with food sprinkled on the brooder floor.

That way, they learn to react to the sound of crumbs dropping - which is what a mother hen would teach them - and to distinguish between food and bedding.

But once they've got the hang of what to eat, it's time to add containers into their lives.

The problem is, chicks are messy.

They kick food everywhere, which can lead to massive waste. They climb on top of whichever feeder they're given, which leads to poop in their feed, and the need to clean it out several times a day.

So is there a solution to this in the feeders available on the market today, or is wasting grain (and therefore money) just a fact of life when raising chicks?

I've tried almost all versions of the chick feeder that I know of, some of which work better than others. Here, I review four feeders I've used to assess whether it's possible to prevent waste in the brooder.

If you have more than four or five chicks, these long feeders are good. While chicks are small, they can sit side by side to eat from them, and because the holes are fairly small, it's not possible for them to climb inside the container - which they will, if they can!

It's red, the colour all chickens instinctively want to peck at, so it encourages immediate feeding (once they've got used to it). And the covered top means the chicks are less able to waste feed by kicking it around. 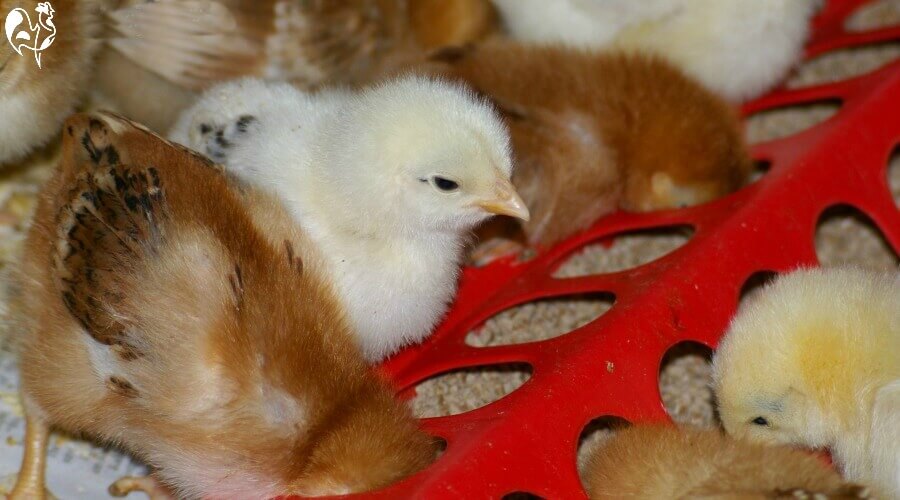 But it's made of a fairly light plastic, which means it can be shoved around and pushed over, wasting the feed inside. And despite it being slippery plastic, my experience is that chicks nevertheless choose to sit on top of it.

As the chicks begin to grow, you'll find they need a larger, heavier, more accessible feeder to allow room for everyone.

My chosen feeder then is this long metal trough. Its openings are larger than for the first stage, which gives everyone a turn, and it's covered by metal bars which prevent the chicks from sitting in it.

The chicks in the pic below were two weeks old when I introduced them to my metal feeder. It took them about ten seconds to get used to it and start eating!

I bought this one at my local feed store, and I wouldn't be without it.

Feeders like the round one below, which are a base into which you can put your own upturned mason jar as a silo for the grain, are very popular.

They're useful because the design allows grain to disperse into the feeder as the chicks eat, so you don't need to keep topping it up every couple of hours.

I find that the holes are quite large, which gives chicks the perfect opportunity to kick grain out and bedding in.

And it's definitely better to use them with a mason jar in that large centre hole - otherwise this is what happens... 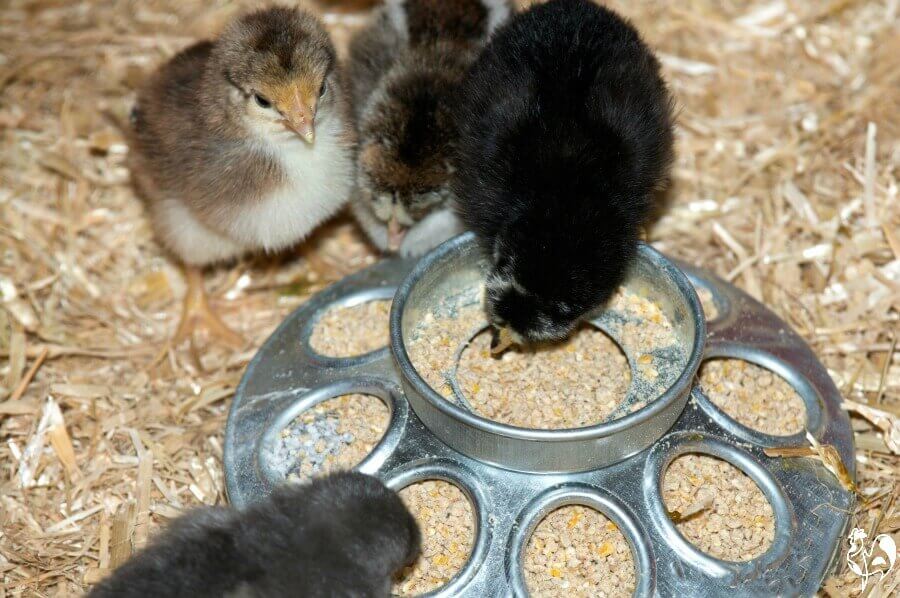 Most chick feeders are floor-based, and that leads to issues with feed being kicked out of, and bedding being kicked into, the feeder - not to mention the issue of chicks pooping into the containers where they are able.

So any feeder which hangs away from the floor has to be a winner.

The problem is that very few do. So when I came across this clever device, I knew I'd found a winner.

The harness straps around a plastic feeder (or waterer, but it doesn't work as well with waterers) and is strong enough then to be hung from the top of your chick brooder.

And therein lies the only issue. If your brooder doesn't have a top, it may be difficult. I get around this by placing a sturdy branch diagonally across the corner of the brooder and hanging any items from it, including treats and feeders.

Hanging feeder: verdict - this is hands-down my winner!