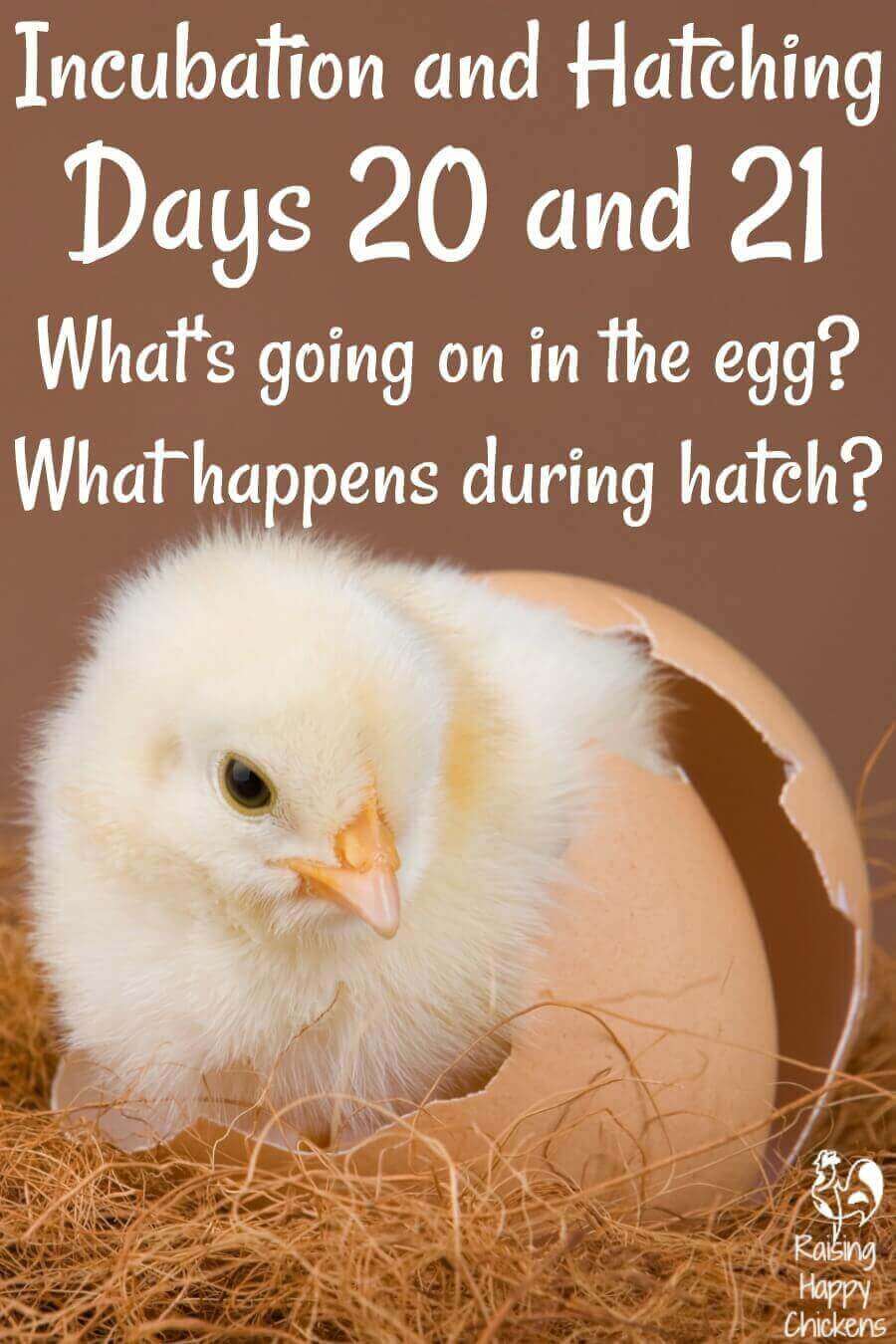 Soon, you'll be meeting your chicks for the first time.

Do you feel ready?

Hatch day is - obviously - the most exciting of the whole process. But it can also be very stressful, particularly in the last hours:

In this article we'll look at how the chick would look if we could open the egg (do not be tempted to do that!!).

Then we'll follow the egg we've seen in candling all the way from Day 1 of this series as she hatches.

That chick grew up to be one of my handsome Light Sussex hens, who I named Buffy. All the pictures of the pipping, unzipping and hatching on this page are of this little chick.

Here she is, in my little Brinsea incubator, just a few minutes after she'd hatched. 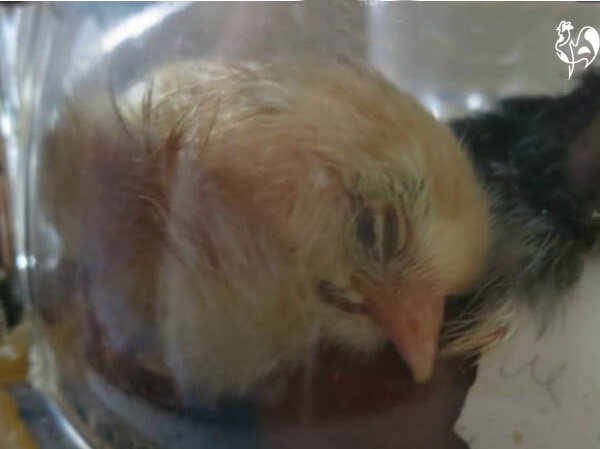 The final stages - pipping to hatching.

This is it - the moment you've been waiting for! Don't expect it all to happen quickly, or exactly 'on time' though - the chick will decide for herself when she's ready. 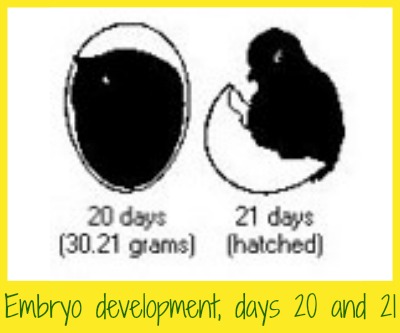 What's going on behind the shell?

Here's the final view of what the embryo would look like if you opened the egg now. 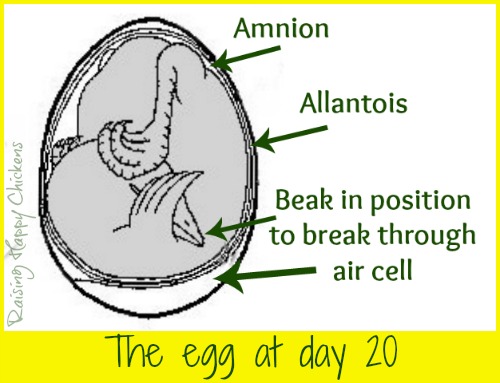 What can we see during these final two days?

The egg hasn't been candled now for three days in order to allow the chick move into the proper position for hatching, so the first outward sign we see will be a tiny crack on the surface of the eggshell.

This can happen earlier for bantam eggs, and later for large breeds. 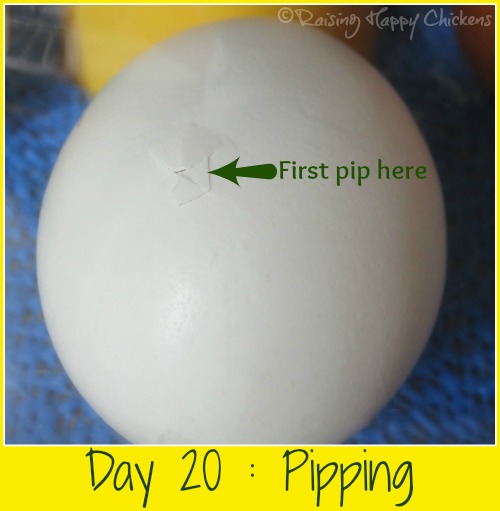 But wait - is this chick hatching upside down??

When I first saw the 'pip' on this egg, it was facing the bottom of the incubator, I nearly collapsed with anxiety. What should I do?  Would the chick hatching be able to breathe? Would it be able to take the weight of the egg on top of it? How would it cope? 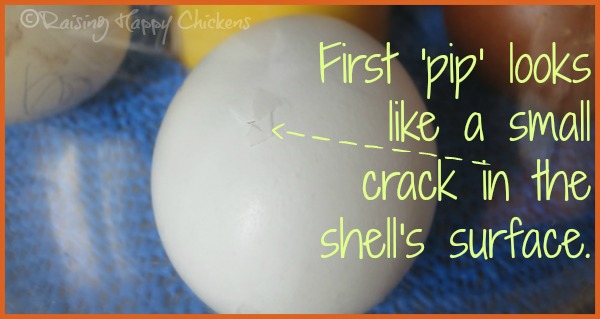 I needn't have worried - and neither should you. The chick knows what it's doing. It is facing the right way, whatever that way might be, and hatching will happen without any help from you.

So - do nothing.  Allow nature to take its course and all will be fine.

And then there's a chick hatching?

Not often as quickly as that!

Imagine if you were the chick. You've been sitting quite comfortably in your egg for the past three weeks when suddenly, you have to do some very hard work!

It's a tiring process and there will be a lot of rest periods before it finally hatches. The average length of time between pipping and chick hatching is between twelve and eighteen hours - in some cases longer.

I was nearly beside myself with worry by this stage. The first pip had been eighteen hours before.

What had happened to the chick? Had it died? Had I got the temperature or the humidity levels completely wrong? Had I candled too often? Should I open the incubator and have a look?

And then, all of a sudden - this happened. 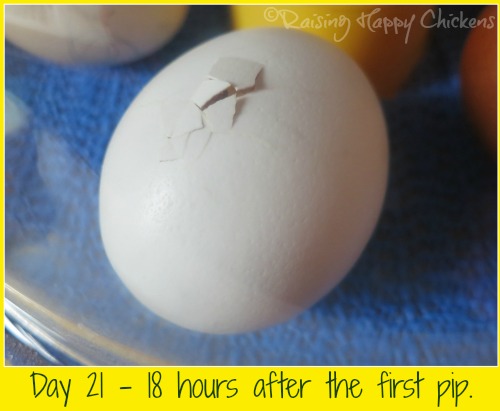 The chick had started to work in earnest. The hole began to increase bit by bit.

More anxiety - was it going the right way? Was the humidity in the incubator too high? Too low? I had to force myself to remember the saying: "Let nature take its course".

The chick knew exactly what it was doing.

So although the chick needed to rest a little in between pipping, she was almost completely hatched within the next fifteen minutes. She then needed another rest, this time for several minutes, before the final push.

Watching this final stage of the chick hatching is fascinating. She won't necessarily 'unzip' any further, but will use her body and legs to push the shell apart.

It's very, very tempting to want to help out - but this is an absolute no-no. She knows what she's doing - just be patient! 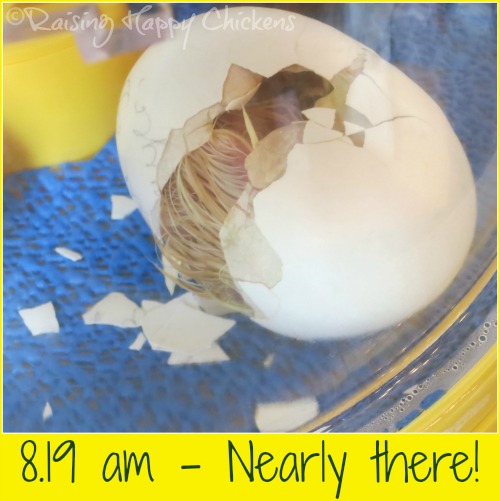 Wet, exhausted and looking almost bald, the chick has arrived. 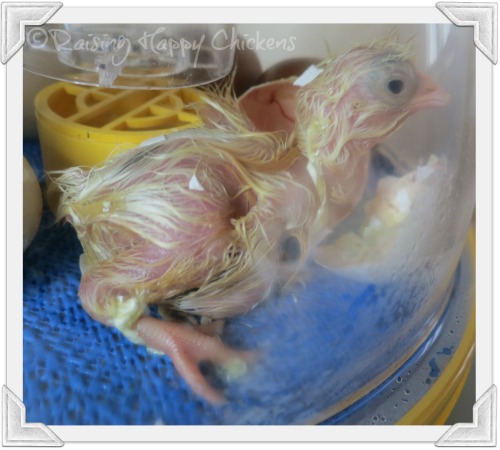 How long the chick should stay in the incubator is a matter of personal judgement.

This chick and her sister, who hatched almost at the same time, were more than happy to rest and sleep. They didn't move around much for several hours, so they were left for about 24 hours before being moved to the brooder.

And - by the way - the little black chick here came safely out of the egg which started to pip upside down. 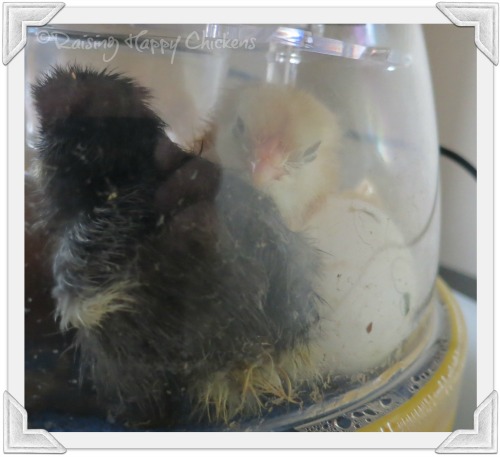 And that's it!  You've hatched chicks successfully, and you've been able to follow what was going on inside the egg.  Congratulations!

Here's how to care for chicks in those first few days. 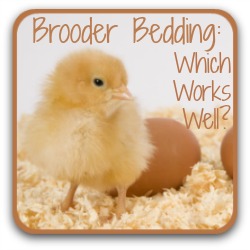